Restorative circles intended to be 'survivor-led' 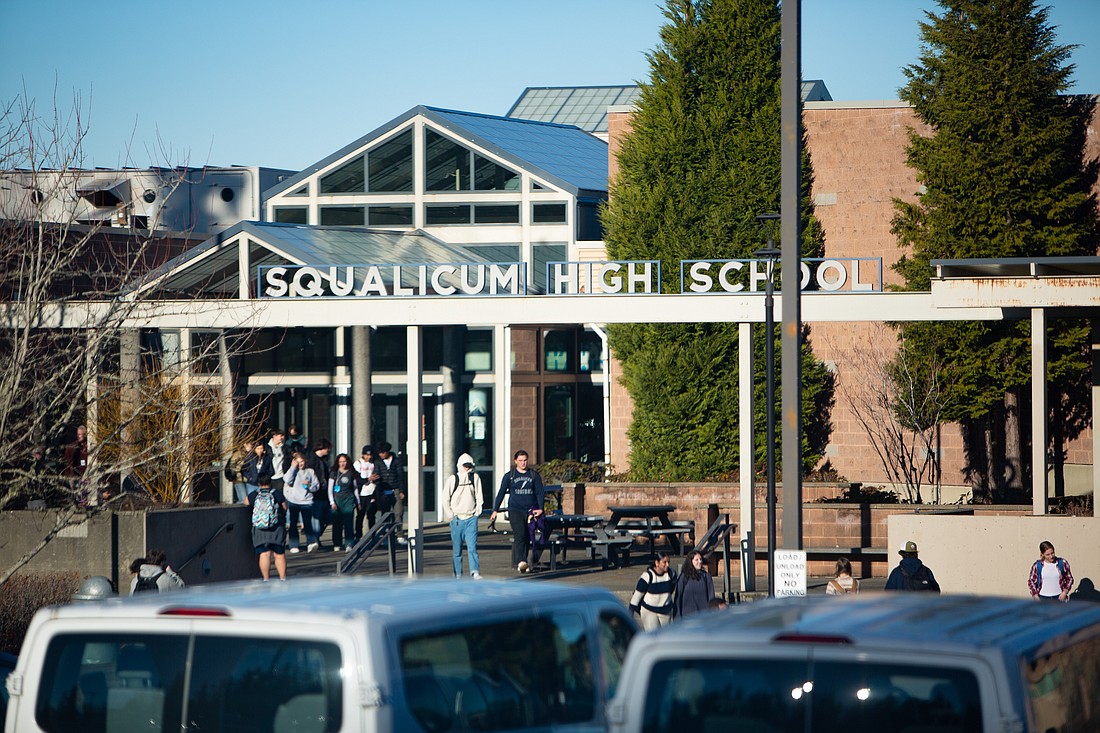 A recent civil rights lawsuit by a former Squalicum High School student against Bellingham Public Schools involves a key allegation: That one of three administrators now charged with failure to report a sexual assault placed the victim and perpetrator in a “restorative circle,” leaving them alone in a room.

The student, according to the lawsuit, was instructed by then-Squalicum High School Assistant Principal Chimere Hackney, one of three charged assistant principals, to engage in the restorative-circle practice, then “Shake hands and you’ll be fine.”

The incident took place after the student, according to the suit, reported sexual assaults to three different administrators, including Hackney, all of whom were issued criminal citations for failure to report earlier this month.

While “restorative circle” may have been a novel term for those who first read it in the lawsuit, the concept is not new to the district.

The practice falls under the broader umbrella of restorative justice, and typically involves a conversation between a victim, an offender, a facilitator and any other relevant parties, according to the Annie E. Casey Foundation.

Restorative justice has deep roots in Indigenous peacemaking, according to the Center for the Study of Social Policy, and calls for accountability for one's actions after they misbehave or cause harm to others.

Several years ago, the district announced a shift from traditional punishments like detention, suspension or — in extreme cases — expulsion, to restorative justice.

“Used in the right circumstances, restorative practices can be a better teaching tool than other discipline practices, such as suspensions,” Jacqueline Brawley, the district's executive director for communications and community relations, said in an email.

District policy 3241 encourages schools to reduce the use of out-of-school exclusionary actions — defined as short-term suspensions to expulsions. Staff are also told to “administer discipline in ways that respond to the needs and strengths of students ... and keep students in the classroom to the maximum extent possible.”

“It’s all about taking accountability for yourself and your actions,” Cano-Martin said.

At the time restorative practices were implemented, the district reported a reduction in the average suspension rate from five a day to 1.67 per day over three years.

In a 2016 post, Steve Morse, the then-director of Teaching and Learning for the district, discussed how he witnessed a restorative circle that brought healing to a group of middle school students.

“It took hours of staff time to prepare, but you could see the breakthroughs in thinking all through the hour,” he said in the post. “Watching students, staff, and parents crying and hugging and shaking hands at the end was quite moving.”

In a 2018 KNKX Public Radio story, Hackney discussed her success with restorative circles while working as an English teacher at Gates High School in Parkland, Pierce County. The story focused on her use of regular conversation in her home room to foster connections between her students.

Ultimately, her goal as stated in the story was “to hold kids accountable and make them feel safe and listened to.”

While experts did not directly address the use of a restorative circle in the Squalicum case, an important aspect of the practice is that it is survivor-initiated and led, said Susan Marks, director of the Bellingham-Whatcom County Commission on Sexual & Domestic Violence. The DV Commission works to prevent domestic violence and is composed of dozens of community leaders, including Superintendent Baker.

A restorative circle's dialogue — who is and who is not involved in the conversation — is the victim's choice and what they believe will bring the most healing to themselves, Marks said, because healing looks different for everyone.

“Sometimes, it is just the two people together with a facilitator. Sometimes, it might be a proxy,” Marks said in an interview with Cascadia Daily News. “So, it could look like maybe not even this survivor with that offender, but a different survivor who might share their story in a way that creates maybe some more space for empathy and the offender understanding what happened.”

But attorneys in the Squalicum case argue in the lawsuit that the practice as applied, requiring the students to be alone together, was “outside the bounds of decency,” causing the plaintiff to “experience extreme emotional distress.”

Currently, Marks said the DV Commission is working to outline protocols for restorative and transformative justice practices for regional institutions to implement.

The commission is working with the Whatcom Dispute Resolution Center and the CEDAR Project — which uses peacemaking circles to “create trust, intimacy, goodwill, belonging, generosity and reciprocity” — to design the protocol for others in the community to use.

In restorative justice conversations, intentionality is key, and Cano-Martin said she works to create a sacred space that nurtures trust and vulnerability.

Once a month for about a decade, Cano-Martin held peacemaking circles in the Lummi Nation to encourage community conversations. In the Lummi Nation, partaking in circles or an alternative form of mediation can be part of a judge's sentencing.

“It opens up avenues of discussion of why families might have broke down, why there’s conflict between them and what led up to it,” Cano-Martin said. “There’s always more than one side to the story.”

Cano-Martin also noted that circles don't always have to address conflict: they can be celebratory and a way to build community.

Plans to outsource a third of eliminated positions to India